Croke Fairchild Morgan & Beres is pleased to welcome Emily Elisar, who joins the firm from the office of Gov. JB Pritzker. Emily will serve as a project manager, supporting clients and attorneys across the firm’s areas of practice.

Prior to joining Croke Fairchild, Emily was the Special Assistant to Deputy Governor of Budget and Economy for the State of Illinois. In this capacity, she managed various cross-functional and multi-level projects, coordinating with multiple stakeholders and agencies across Illinois. Emily supported the State’s response to the COVID-19 pandemic, helping coordinate with business, government, and civic leaders from the initial stay-at-home orders through the economy’s reopening.

“Emily is a sharp, intuitive leader who always thinks two steps ahead, and that’s exactly what our firm needs as it establishes its identity and navigates this period of growth,” said Lisa Duarte, partner and member of the management committee at Croke Fairchild. “I worked with Emily for several years at the state. There’s nobody better at planning, executing, gatekeeping and making sure people and projects stay on track. We’re thrilled she’s bringing her talents to the Croke Fairchild team.”

Before her state experience, Emily was an assistant on the JB Pritzker and Juliana Stratton’s transition team. During the general election in 2018, Emily joined the JB for Governor campaign as political director for Lake County, an area in which the governor had a decisive win. Emily also served as political director for Nancy Rotering’s campaign for Illinois Attorney General, supporting grassroots organizing efforts across the state. After graduating from college, she helped launch the National Democratic Training Committee and was a fellow on the Hillary for Illinois campaign.

“Joining Croke Fairchild felt like the right opportunity to leverage the skills I’ve honed in government and campaigns with the clients and attorneys, while also supporting a growing startup through its formative early days,” said Emily. “It’s an exciting opportunity all around, and I’m thrilled to be on the team.”

Emily earned a dual Bachelor of Arts in Political Science and Public Relations & Advertising from DePaul University. She lives in Chicago. 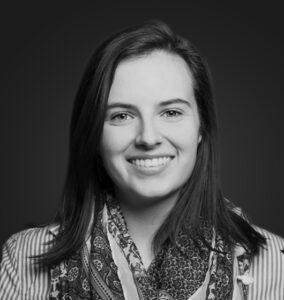 Croke Fairchild Morgan & Beres is a corporate law firm founded by attorneys from the world’s leading law firms who recognized a better way to deliver legal services. Valued for their legal skill, intellectual curiosity and commitment to forging pragmatic solutions, our attorneys provide end-to-end business and legal counsel to public and private companies, private equity and venture firms, founders and family offices. With offices in Chicago, Milwaukee and Lake Forest and attorneys from New York to Dallas, our nimble, approachable model allows lawyers to serve as strategic advisors and apply their energy and talents to what matters most – our clients. For more information, please visit www.crokefairchild.com.